As one of the newer green supplements in the marketplace, we’re often asked how marine phytoplankton compares to spirulina. Is it the same as spirulina, some people ask. It is ‘better’ than spirulina? This article aims to answer some of those questions, and establish where phytoplankton lies in relation to its better known cousin.

We should begin this article by saying we think both products are amazing, powerful and and a useful addition to any health regimen. Which works for you will depend in part on your own physiology, health situation and temperament. But here’s how marine phytoplankton and spirulina differ: 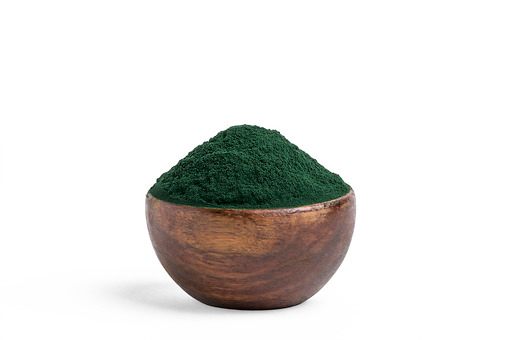 Spirulina is a freshwater cyanobacteria, meaning it evolved in a radically different environment than phytoplankton. It is one of the rare bacteria that are considered edible, and is generally found in tropical lakes with an extremely high naturally occurring PH. Although spirulina is often classified as a blue-green-algae it is in fact not an algae at all any more, though for many years it was considered one.

Phytoplankton, on the other hand, is a microalgae found in its wild form in the ocean. Having evolved in a saline environment, phytoplankton has access to the breadth of minerals found in sea water (or a purified saline solution, in our case, since we produce all of the phytoplankton in a German bioreactor) It is the main food of many large oceanic mammals such as whales, and scientists posit it may be the oldest species on our planet.

So while in its dried form it looks fairly similar, these two are scientifically quite distinct.

Marine Phytoplankton May be More Nutrient Dense than Spirulina

Health guru David Wolfe puts phytoplankton as the most important superfood on the planet, due to it’s extraordinary density of bio-available nutrients and antixoidants. He puts spirulina in the number two position, mind you, so the difference isn’t huge.

(1) Bioavailability – Phytoplankton’s narrower cell walls make it easier to digest. Nearly the entire organism is nutritious with minimal indigestible structures and this is really the key benefit of phytoplankton. It is not just highly nutritious, it’s nutrition you can absorb.

(2) Higher mineral content – Due to it being grown in a saline environment, it contains nearly all of the trace minerals which could prevent or repair serious disease. If there’s a plant with a greater diversity and abundance of minerals, we’d like to know about it.

(4) The highest plant source of long chain Omega 3 Fatty Acids – The reason oily fish accrue such high levels of omega 3 is because they either eat phytoplankton directly, or they eat animals which themselves eat marine phytoplankton. Not only is plankton incredibly high in healthful fatty acids, our particular strain contains more than any other.

This website uses cookies to improve your experience while you navigate through the website. Out of these, the cookies that are categorized as necessary are stored on your browser as they are essential for the working of basic functionalities of the website. We also use third-party cookies that help us analyze and understand how you use this website. These cookies will be stored in your browser only with your consent. You also have the option to opt-out of these cookies. But opting out of some of these cookies may affect your browsing experience.
Necessary Always Enabled
Necessary cookies are absolutely essential for the website to function properly. This category only includes cookies that ensures basic functionalities and security features of the website. These cookies do not store any personal information.
Non-necessary
Any cookies that may not be particularly necessary for the website to function and is used specifically to collect user personal data via analytics, ads, other embedded contents are termed as non-necessary cookies. It is mandatory to procure user consent prior to running these cookies on your website.
SAVE & ACCEPT